Among workers without a degree, in comparison, women make 78 cents for every dollar a man makes.

“Women are earning more degrees than men at every level yet, when it comes to post-college salaries, men are still earning more,” said Kim Churches, CEO of the American Association of University Women.

The earnings difference varies by occupation.

Women doctors and sales managers particularly lag behind men income-wise, while in other professions — including teaching and social work — the wage gap narrows.

“This report is a reminder that we need to double down on efforts to recruit and retain women in higher-paying professions, such as finance and STEM,” Churches said, referring to careers in science, technology, engineering and math and medicine. 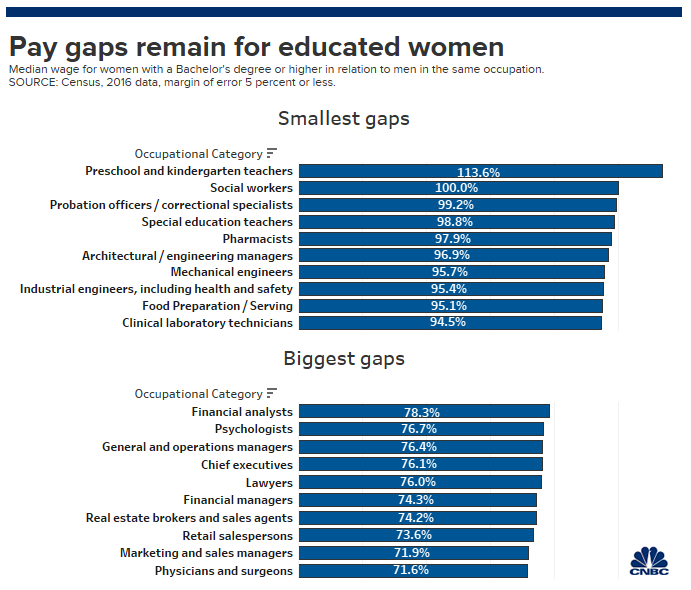 Black women, in particular, are taking on a disproportionate amount of debt, racking up around $30,400 in student loans to receive their bachelor’s degree.

“Many women will begin their careers earning less — and owing more — than their male counterparts, and that sets them up for a lifetime of economic insecurity,” Churches said.