Pedestrians walk past the New York Stock Exchange before the closing bell in New York.

A new kind of exchange-traded fund is expected to grant active money managers a way to offer their strategies without divulging their stock picks and methods, a key hang-up that’s kept them from participating in the booming industry.

ActiveShares, a product designed and built by Precidian Investments, received indication from the Securities and Exchange Commission on Apr. 8 that its so-called non-transparent ETF model should be approved.

Though Precidian is still awaiting a final order from the Securities and Exchange Commission, founding principal Stuart Thomas told CNBC that the product is the first of its kind and could someday impact the entire mutual fund industry.

“At the end of the day, it looks, smells and feels like an ETF because it is an ETF,” Thomas said. “You’re taking actual slices of the portfolio – anytime there’s a creation or redemption in their appropriate weightings – and that’s what the authorized participant is delivering to the fund in exchange for ETF shares.”

“There’s nothing complicated, it fits perfectly within the ecosystem,” Thomas said of the ActiveShares model. “Trading, settling, reporting, monitoring: All the existing strategies the trading desks use today can be applied to this structure.”

ActiveShares could represent a big opportunity for a generation of active managers that have seen their assets evaporate at the hands of low-cost, passive alternatives drawing in big investor dollars. 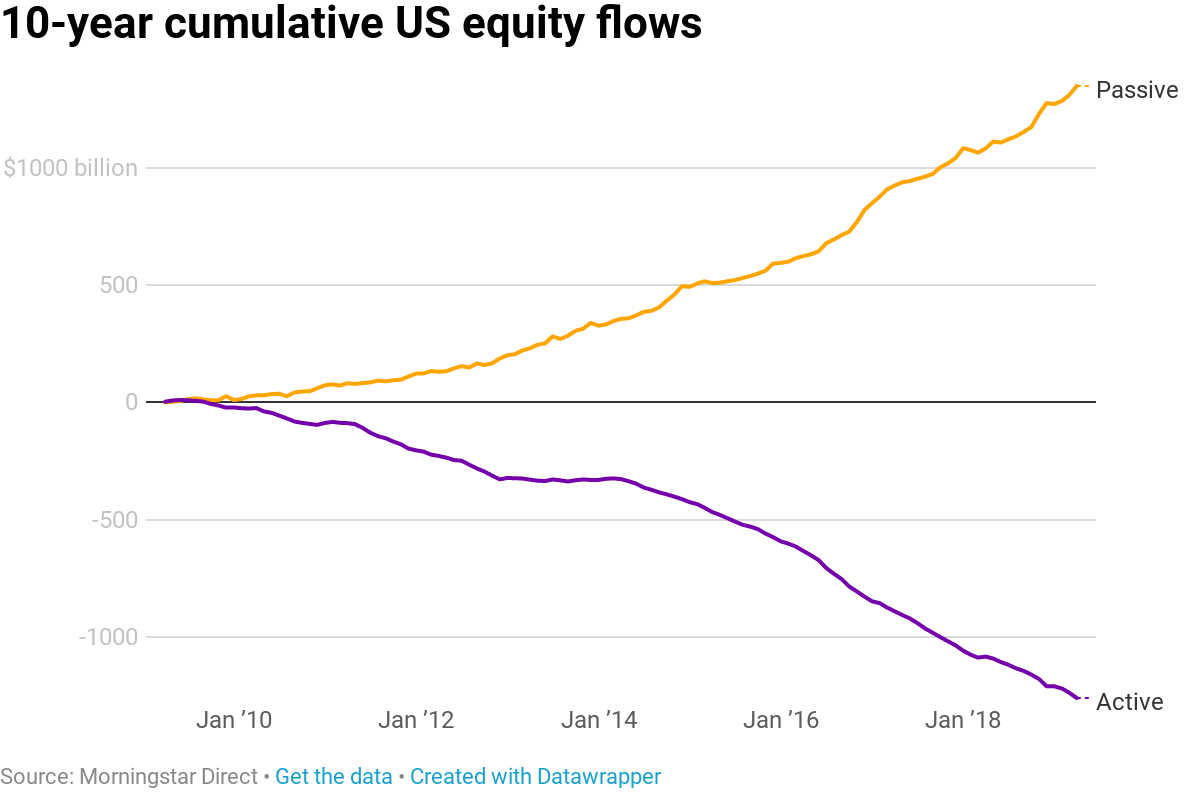 “Precidian’s non-transparent ETF is a potentially crucial structure in the evolution of the actively managed mutual fund industry, as it holds the potential to deliver greater tax efficiency and meaningfully lower costs to fund investors,” Worthington told clients in a note Thursday.

Part of the reason ETFs are so popular is their tax advantages compared to the traditional mutual fund model.

As long as the index an ETF tracks doesn’t see frequent changes to its composition, the funds themselves rarely have to adjust their portfolio to match. Also, when market makers redeem ETF shares, they receive securities instead of cash, further shrinking the need for the fund to declare gains.

“We see retail investors as long-term beneficiaries, and exchanges and trading firms stocks as being helped,” the analyst wrote. “We also think the structure levels the playing field somewhat between passive and active investing.”

“Potential linkages of ETFs and mutual funds could enhance the tax profile of existing mutual funds, making the products ‘must-haves’ for mutual fund companies,” he added.

Worthington sees T. Rowe Price in particular as a potential beneficiary of the new structure. Given its its size and relative success over the long term, the analyst said, it may be able to attract money from the passive side if it adopts such a model. The mutual fund manager has applied for a similar ETF structure with the SEC.

“We believe the Precidian approval is good news for those, including us, with proposals for semi-transparent ETFs in front of the SEC, and for investors,” T. Rowe told CNBC in an emailed statement. “We have more work to do to get our application through the SEC, and our ongoing conversations with the SEC staff continue to be constructive.”

Precidian’s Thomas has a history of innovating in the fund world. A Morgan Stanley and Merrill Lynch alum, he started World Gold Trust Services in August 2002. At the direction of the World Gold Council, he created, managed, and marketed the first U.S. commodity-backed equity traded on an exchange.

That ultimately evolved into SPDRGold Trust, the first U.S. traded gold ETF and the first U.S.-listed ETF backed by a physical asset. The Precidian team, which includes Daniel McCabe, Mark Criscitello and Paul Kuhnle, are also responsible for building the first currency-backed ETFs in the U.S. with Rydex. That platform is now owned by Invesco under its CurrencyShares suite.

China powering ahead of the US in race for mega start-ups, unicorns
SoftBank’s $100 billion Vision Fund reshapes world of venture capital
To Top
error: Content is protected !!
Top