President Donald Trump hosts the “National Day of Prayer” Service in the Rose Garden at the White House in Washington, May 2, 2019.

President Donald Trump’s tariffs hit his voters the hardest, with the top three states most affected by the trade war all places that helped him win the White House.

Charts compiled by Torsten Slok, chief economist at Deutsche Bank Securities, show Louisiana is the state most hurt by the tariffs, followed by Alaska and South Carolina. Of the top 10 states most affected by tariffs, all but two of them, Washington and Oregon, voted for Trump in the last election.

It’s not surprising that Louisiana tops the list, since it is a large U.S. producer of so beans and also the top exporter of soybeans. China chose to strike back at the U.S. by going after the crop. On Thursday, futures fell to the lowest price since December, 2008. 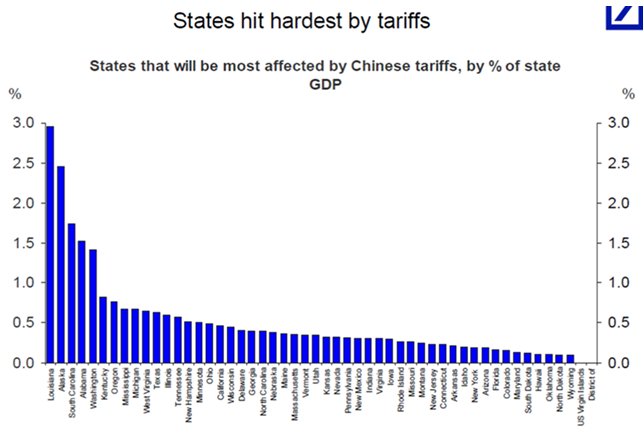 Chinese imports of U.S. soybeans fell sharply in the second half of last year, and then flat lined until picking up in January and February, as trade talks progressed. Purchases by Mexico and the European Union surpassed those of China during the second half. Even Canada became a larger importer of soy beans at the end of last year. 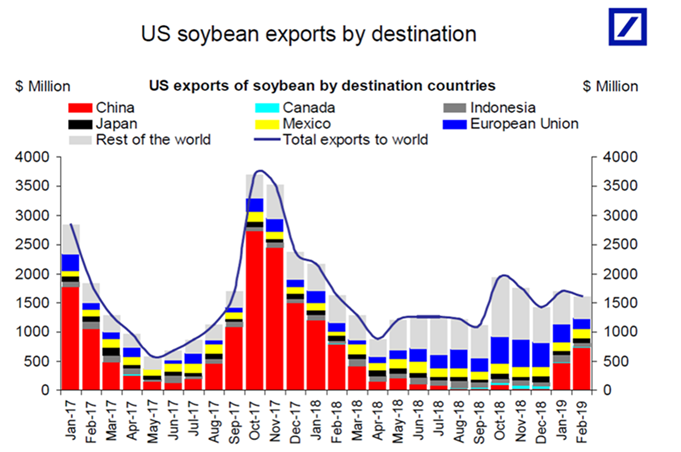 Other major producers of soybeans include Ohio, Illinois, Indiana, North Dakota and Michigan, all states that voted for the president. 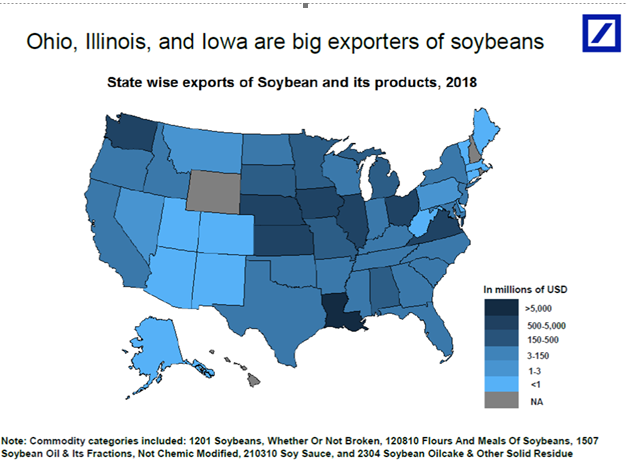 Among the biggest exporters are Ohio, Illinois, and Iowa but Louisiana is much larger. Washington state was the second largest exporter, but it is a blue state.